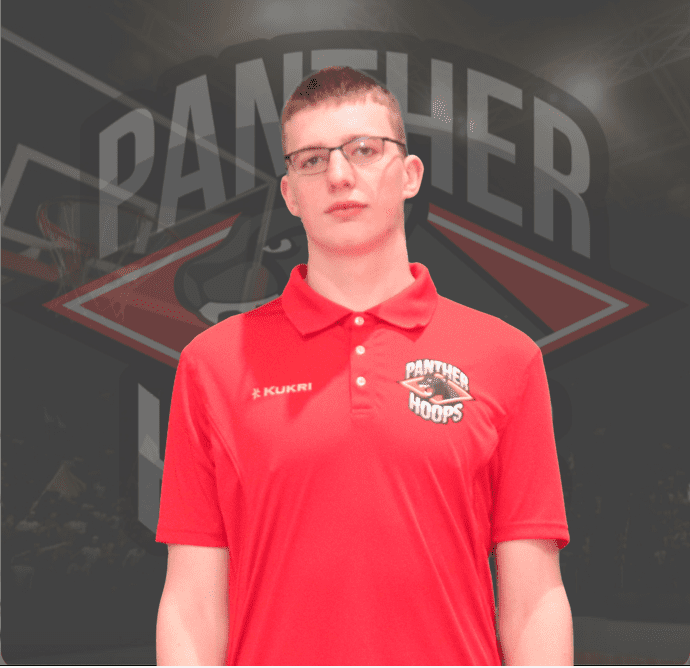 Born in Abbotsford, BC, May 2005, Will is the twin brother of Jack, also with Panther Hoops International Prep. Will is a 6’7” versatile player, who has played the 1, 2, 3, 4 and 5 position for the Prep Team. At 17 years of age, he is keen to continue to show his development and understanding of the game. Will is an intelligent player with strong court vision and an instinctive awareness to read the court and pick out passes.

Will has been playing basketball since the fourth grade, playing under the guidance of veteran B.C. coaches Tony Scott, Don van Os and Rich Chambers. He joined Panther Hoops in 2019 as a Junior Prep Development player. He has taken advantage of playing against older teammates in practices and playing above his age group in tournaments and is now reaping the benefit with his physical play. In 2021, Will was selected for the U18 High Performance Training Program, which is the highest level of Basketball BC’s High Performance Program and part of Canada Basketball’s Targeted Athlete Strategy.

Will is bilingual having attended a Francophone International Baccalaureate school: École des Pionniers de Maillardville. He won student of the year (jointly with his brother, Jack), highest mean grade, as well as other academic awards. He has played the piano for over 11 years, and the saxophone for one.

Will is a dual British/Canadian citizen now living in Maple Ridge, BC. His father represented England and Great Britain Police Basketball and the Royal Navy in European competition and won a National League Division Two Championship with Solihull Chiefs. Will is hoping to continue to develop and grow in both
stature and skill and is a determined player that always gives his best on and off the court. With a 6’7″ father and 6′ 1″ mother Will hopes to gain a few more inches and continue to be a player that a coach needs on their roster, very coachable, Will is destined for a bright future.