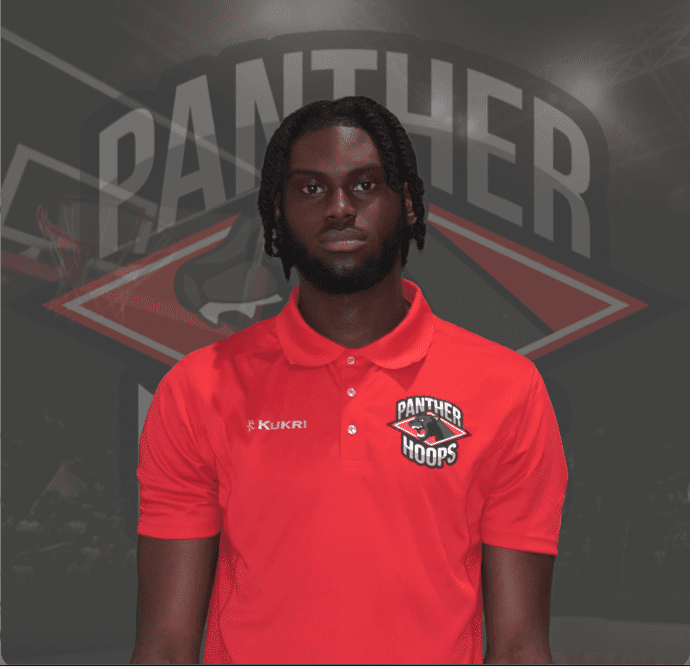 Richmond was born and grew up in the North London area around Tottenham, London, England. He started playing  basketball at the age of 13 for his school and Haringey Hawks club. Success came with the team reaching the group stages of the European Youth Basketball League.

He moved schools to Haringey 6th Form College and was set to continue his playing success, but plans were put on ice due to the Covid-19 situation and the season was cancelled.

Richmond is a powerfully built 6ft 6’ forward who has spent most of his playing experience in and around the paint. He was relied upon to win rebounds at both ends. He was contacted by the Panther Hoops Coaches and immediately knew the move to Canada would be the right escalation in his playing and life experience.

Joining the Panthers in late October 2021, Richmond has proved already to be a hard working, reliable and coachable player. He wishes to improve his perimeter game at the Panthers and to fill in small pieces of his experience to be able to prove himself at the next level. His self awareness and willingness to put in the work will make his future very bright.