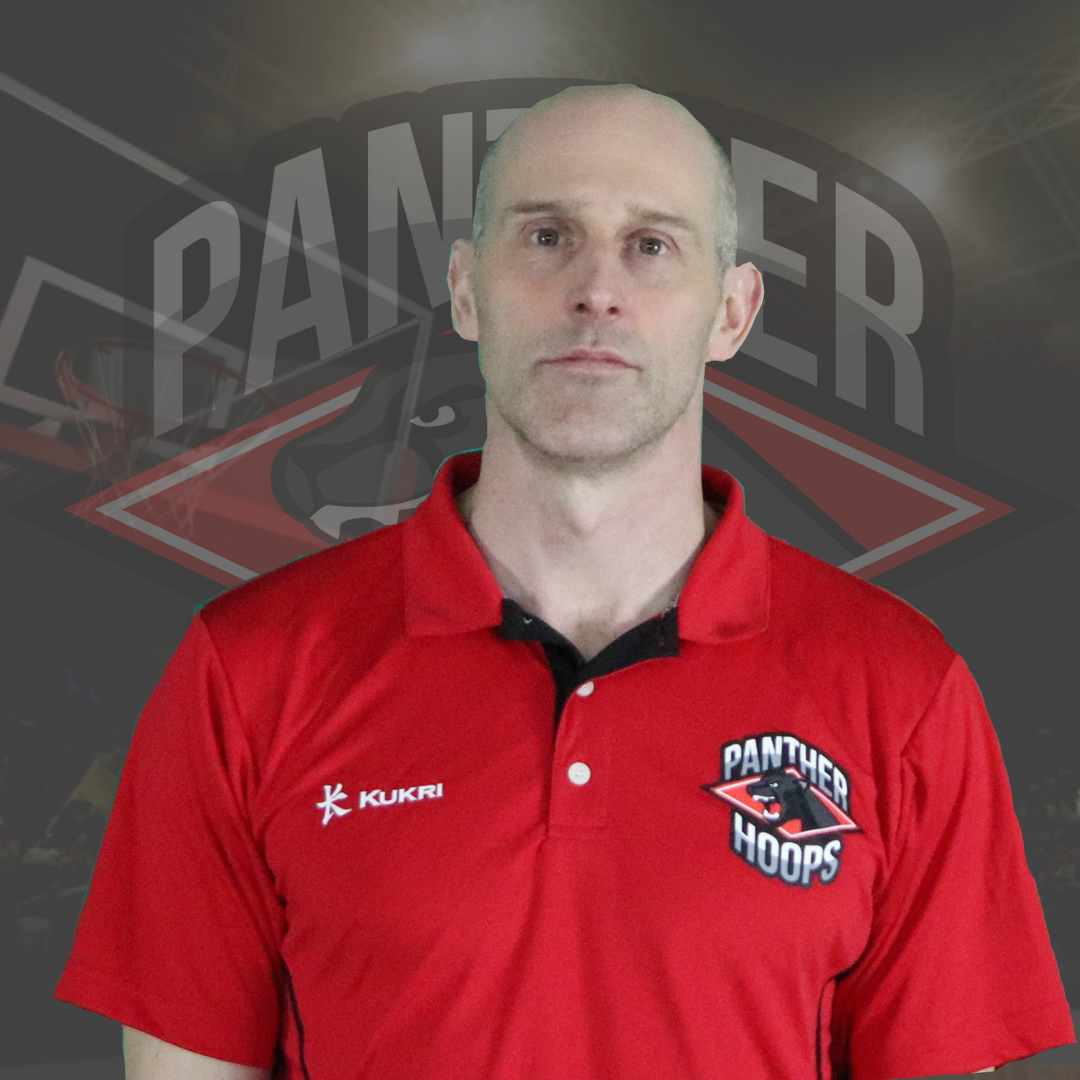 Coach Kevin has spent most of his life around the sport of basketball and has played and coached at many different levels. After finishing his personal highschool basketball he returned to coach at his old school for 3 years as the senior boys coach where he acquired his national coaching certification level 2. He added another 4 years playing with Douglas College in British Columbia and at Acadia University, Nova Scotia.

Once his playing career was over, he spent an additional 5 years coaching college basketball as well as leading many camps and clinics for all ages.

Kevin has been with Panthers since 2018, his on court experience as a highly credible shooting guard brings a credibility to his coaching. His influence to the team is further enhanced by his related professional qualifications, he has a sport science diploma obtained at Douglas College, as well as a human kinetics degree awarded by the University of British Columbia.