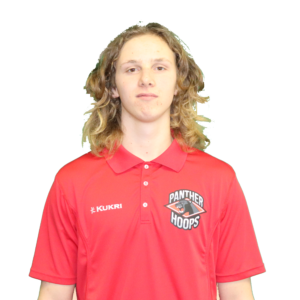 Josh started playing basketball in Grade 7 at W.A. Fraser Middle School in Abbotsford, British Columbia.  Through grades 6, 7 and 8, he also competed in hockey, lacrosse, rugby, track and field, cross country. He impressively was a 2-time winner of the Pentathlon, setting records for the 1500m and 800m long-distance running as well as placing in the top 5 all-time for cross country in grade 8, not surprisingly he won athlete of the year! He also won school MVP two years in a row for basketball. Josh is modest and says he never saw super competitive basketball until he attended Panther Hoops Spring and Summer ball in Grade 9. He thought he was in over his head but stuck with it, the Panther coaches encouraged him and made him a placement offer. In grade 10, he switched schools and attended B.C. Christian Academy so he could join the International Prep team, a great decision, he grew taller and stronger, impressing the coaches and winning the Rookie of the Year.

Josh excels academically, he won the Grade 9 math award with a 99.9% overall grade and the science award in grade 10. He has completed six years of French Immersion and has made the Honour Roll every year since grade 6. In the little spare time he has he plays guitar, golf and enjoys fishing.

Josh follows some simple beliefs to keep him focussed: basketball offence wins games- defence wins championships, the Coach’s word is the law, the only friends on the court are your teammates, and be the best. His favourite athletes of all time are Bobby Orr, Christian Lattner and Larry Bird.

“Push yourself again and again. Don’t give an inch until the final buzzer sounds.”

At 6’4″ and a wingspan of 6’ 9”, Josh has been utilised in the Guard and Forward position, a tireless willingness to run, work hard at both ends, makes him a real prospect to go on to do great things.