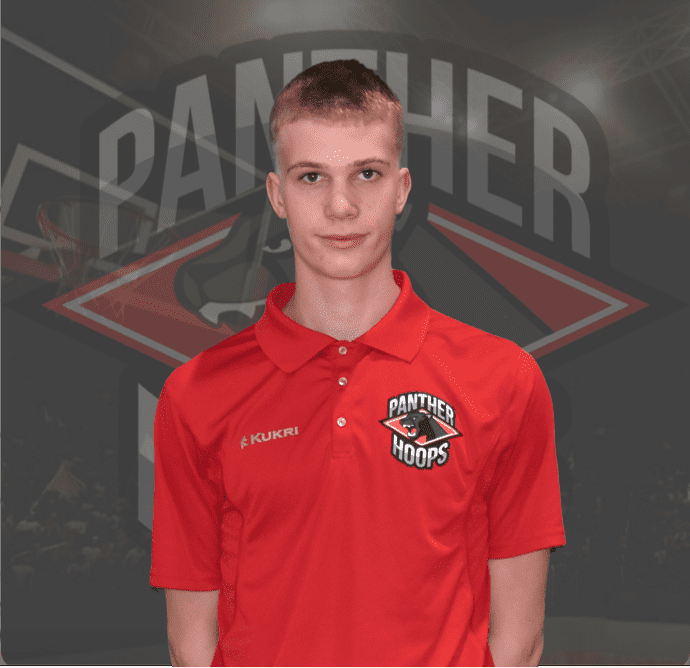 Born May 2005 in Abbotsford, BC, Jack is the twin brother of Will, who also plays for the Panther Hoops International Academy Prep Team. Jack resides in Maple Ridge, BC and in 2019, along with his brother, was scouted from local tournaments by the Panther’s coaching staff and offered a Prep Development position. The following year, Jack was invited to join the Panther Hoops International Prep Academy senior program, he and his brother being the youngest players.

Jack currently stands at 6’10” and at aged 17, is still growing, he is long and lean, is end to end mobile and can finish with both hands. Not solely focussing on his inside game, Jack has developed a 3-point range shot and is becoming a very consistent finisher in and around the paint. In 2021 Jack was selected for the U18 High Performance Training Program, which is the highest level of Basketball BC’s High Performance Program and part of Canada Basketball’s Targeted Athlete Strategy.

With tall parents, Panther Hoops coaching staff are excited to see where his game, and height may go. Jack is a British/Canadian dual national, his father, Lee, represented England and Great Britain Police Basketball and the Royal Navy in European competition and won a National League Division Two Championship with Solihull Chiefs. Lee is also the Panther U14 Head Coach and is able to guide the brothers in keeping a lifestyle, school and playing balance.

Jack has benefitted playing at such a young age against older centers and power forwards and has had to earn his tradecraft. Academically, he excels at school, Jack attended and achieved student of the year and other awards at Francophone International Baccalaureate school: École des Pionniers de Maillardville. As well as being a strong piano player, Jack is a theme park fan and wants to work hard for a future career in management, whilst also hoping to reach a high-level playing basketball. Jack is a player with a bright future constructed from his own hard work and coachability,  both on and off the court.