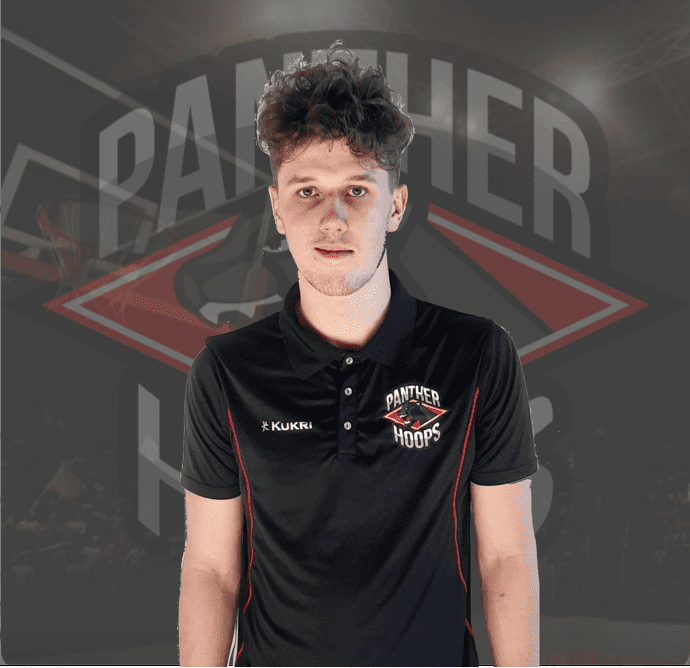 Ian was born in Vancouver, BC, Canada and attended Charles Best High School, in the Coquitlam area of the Lower Mainland. He was a competitive swimmer for a number of years specializing in backstroke and freestyle for the West Vancouver otters and Hyack Swimming Clubs. He won 3 Gold and 2 Silver medals at the Provincial level.

During this success, he took a liking to basketball and his fitness and size played into his future success. Following his High School playing time, he attended George Harris Prep in Ontario and gained experience in several high-level tournaments. Due to family circumstances, he returned to BC and joined Panther Hopps in late 2021.

Ian is an imposing, physical player, with a solid frame and a playing height of 6ft 8 that makes him an impressive figure. He is continuing to learn the game, and he is relentless in his current skillset whilst expanding his game to extend his shooting and defensive strengths.

Although a late starter with the Panthers, he has settled in to become a solid team player with his reliability and hard work.

Ian enjoys music and is an accomplished musician playing piano, trombone, trumpet, and percussion. He has been awarded three Medals of Excellence from Conservatory Canada for the highest mark in British Columbia for a piano exam. In addition, he is an honour roll student in his senior year with an academic average grade of 81%.