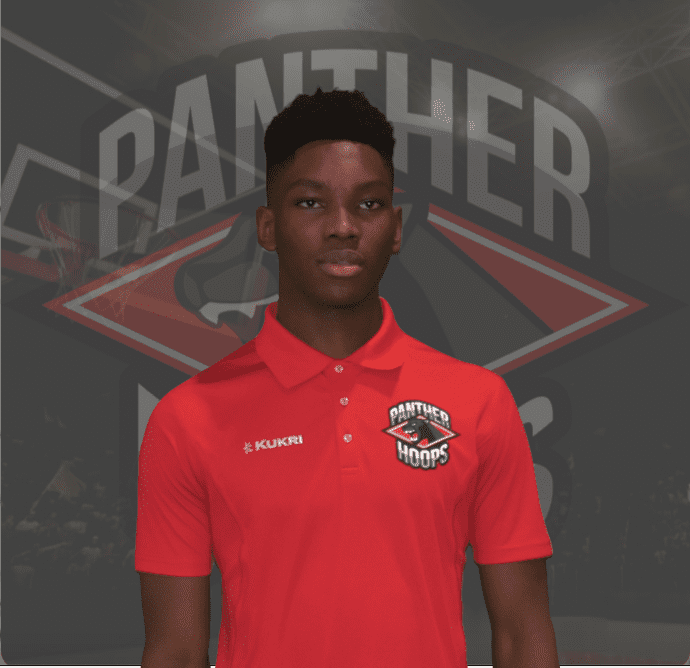 Favour spent his childhood in the city of Lagos, Nigeria. He enjoyed soccer and became an avid Manchester Utd supporter. In 2011 he emigrated to British Columbia, Canada.

Living in Surrey, he found his love to play basketball. He played for local clubs that provided a grounding to be an integral player at Fraser High Secondary School.

Favour became aware of Panther Hoops through an alumni player and was keen to make himself competitive to be considered. In the Spring of 2021 Favour received a call from the coaches at Panther Hoops International Prep and
immediately accepted an opportunity to play.

“I joined to be pushed, I am playing against big, strong and quick athletes and getting a full exposure to what University ball will be like, it was an immediate eye opener, I am definitely being pushed”

Standing at 6ft 6 with a strong physical build Favour has a tenacious and positive presence around the key. He looks forward to making the most of his time with the Panthers as he seeks to complete his academic requirements to play at the
highest level that he can achieve.

Favour holds dual citizenship for Nigeria and Canada. He is a keen musician playing the piano, drums and guitar, his favourite basketball team is
the Toronto Raptors. Panther Hoops coaches are excited to see where Favour’s journey will take him.